House Concerts
Scroll down to see all shows

Visiting English singer Graham Pirt has again offered to do a concert for Little Folk.
​Last time he was here, about 10 years ago, he entertained us at a sold out concert in Vic Park.
Graham has been on the folk scene in England since the sixties, performing at clubs up and down the country and all the major folk festivals; running and organizing the Whitby Folk Week and of course performing as a member of “Cockersdale”.
You may never have the opportunity to hear a singer with even half his experience of the English folksong tradition, so book your seats early to make sure.
Check out his website for more info -
Book here
28 Oct : Dingo's Breakfast - with Davey Brown and Dave Clark

Roger Montgomery and John Angliss are Dingo’s Breakfast, whose list of concert and festival appearances must look like a road-map of Australia. Welcomed everywhere for their lively music, bush poetry and great humour, they present a cutting-edge commentary on Australian (and global) life and are equally at home with the traditional or with the latest corporate malpractice.
Davey Brown and Dave Clark will join them on Friday 28th. October and add to the musical excellence.
Check out their website ‘Dingo’s Breakfast Oz Music and Poetry Band’  --  their footprints are everywhere! 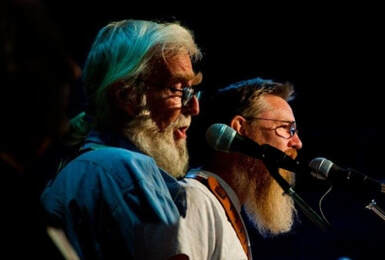 ​26 Aug : Rose Parker - with Dave Hyams & Roy Martinez - Post poned
The Rose Parker Trio combines the talents of three of Perths well known musicians from the
original folk and blues n roots scene.
Rose Parker is a much-loved singer songwriter guitarist who has woven her magic thru the
Australian music landscape for almost 2 decades drawing from folk, alt country, blues and
gospel.
She is a prolific and magical songwriter weaving words and images right down into your
soul, with a voice that moves from folk whisperer to gospel belter
Formerly one half of the Velvet Janes, she toured from Sydney to San Francisco producing
1 EP .., 2 studio albums and a live album ,performing in folk and blues festivals, including
Port Fairy Folk Festival, Michigan Womyns Festival and the famous folk club, The Bitter
End in Greenwich Village NYC
David Hyams is well known to West Australian and national audiences as an award winning
multi instrumentalist, composer and producer with many credits to his name while leading his
own highly acclaimed Miles to Go Band. .He is a facilitator of many a songwriters journey
and a champion of the West Australian music scene with his heart firmly in Freo ( except
when it comes to football!)
Roy Martinez…..what can you say…this man can do things on the bass you didn’t know
were possible…and guitars…and piano….we make him stick to bass so he doesn’t show us
up too much! From blues to funk to roots to jazz to reggae to folk he will dazzle you
During 2017 this team has lovingly crafted a new album of 12 songs co-produced with David
Hyams on guitars and long time collaborator Roy Martinez on bass and special guests from
Lucky Oceans to Mel Robinson and Phoebe Cork.
During these crazy covid years they have been busy creating new music and are currently
working on a new release for 2022…The Beauty and The Ashes….The bands recent electric
performances at Fairbridge Festival were a taste of what is arriving
​ 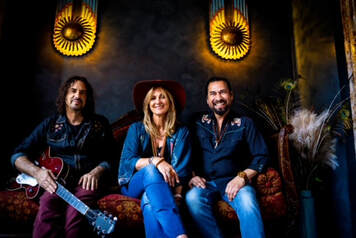 Bernard  is an accomplished craftsman in song, a master guitarist and a fine versatile entertainer, celebrating 45  years working full time in the Australian entertainment industry . Bernard’s songs tell of Australia, its people, and its history, interwoven with story , humour and his deep connection to family.  He is a past Artist of the Year at Port Fairy, is thoroughly involved in community cohesion through music , and   received the Order of Australia Medal in 2019 for services to music. 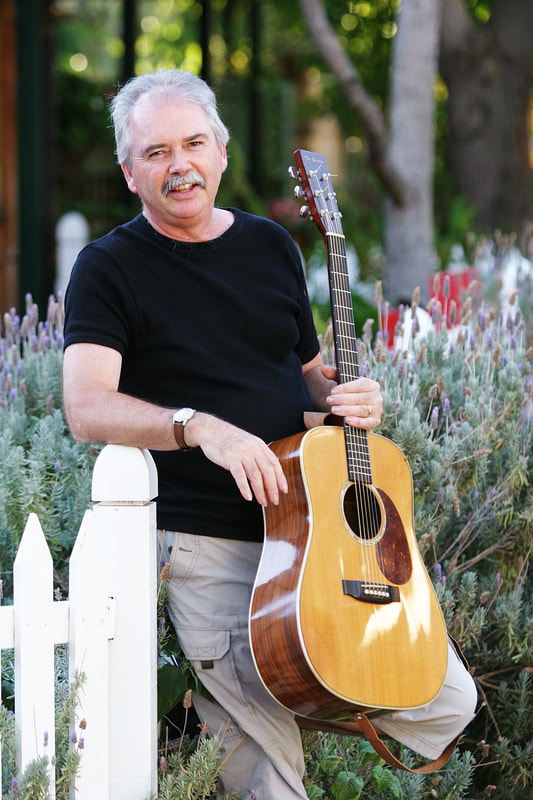 Peter Woodward & Scott Wise
Scott Wise and Peter Woodward have been playing country blues together for over 40 years.
They form the nucleus of the Ten Cent Shooters trio and feature classic blues and related songs with fingerstyle guitar, vocals, harmonica, mandolin and bottleneck slide guitar.
Dont miss this rare chance to see them together in Perth.
Friday 20 August 2021 at 7:00 PM to 9:30 PM
LOCATION
Rivervale, WA 6104
$25 PP
BYO - Tea, coffee and light supper included

Together they have been performing a mix of their own songs and favourite Celtic-Country-Folk material for over thirty years, taking in most of the major Australian folk festivals and recording three acclaimed CDs. Their third album "Nautilus" was recorded in England with Chris While and Julie Matthews producing and playing. Their song "Green Among the Gold" has been recorded by a number of international artists including Sean Keane (Ireland) and most recently by German-Irish trio Iontach. For this performance, Ros and Steve are joined by their son Kieran Barnes, one of Perth's rising young jazz stars on double bass, and well known choir leader and festival director Jenny Simpson. Hearing Ros and Jenny sing together is a rare treat and one not to be missed

​After Little Folk's highly successful first concert for 2021 with Jane and the Rain,
we are proud to present the next two in our three part Musical Directors series of concerts.

Nine Mile Hill
from Albany had their debut in 2020 and proved a highlight of Folk in the Forest.
Rod Vervest is the current Musical Director of Fairbridge Festival as well as various events in the Great Southern and Perth regions
Now with two concerts already sold out in their March 2021 tour of Perth - they are performing for Little Folk at the Big Picture Factory in Belmont.

Newly-formed acoustic ensemble, Nine Mile Hill, could be described as a musical nexus that creates a cross road between neo-classical folk, Americana, ballads and blues. Swing violin entwines with classical cello and mandolin in a melting pot of fingerstyle guitar, all overlain with a sassy vocal and harmony backing. Alongside tight ensemble playing and some formidable instrument skill, their presentation is light-hearted, chatty and aimed to entertain. The band recently debuted in the Albany Entertainment Centre and have since moved on to play the Folk in the Forest Festival and for the Denmark Arts Council. Guitarist Rod Vervest leads the ensemble with cellist Peter Grayling, a long-time musical partner in their third decade of playing together. Highly accomplished violinist Jude Iddison joins Jenny Greenwald on vocals to round out an acoustic lushness that despite only a handful of shows, is attracting glowing reviews.


Friday 12th March
Big Picture Factory
119 Campbell St Rivervale
Doors open 7:00pm for a  prompt 7:30 start
Tickets $25 including a light supper with tea and coffee..
BYO alcohol - wine glasses available
(Please note this gig is held in a commercial printing factory and while every effort is made to present a safe and enjoyable venue, we ask you to respect the business owner and avoid injury by showing care and respect around the premises)